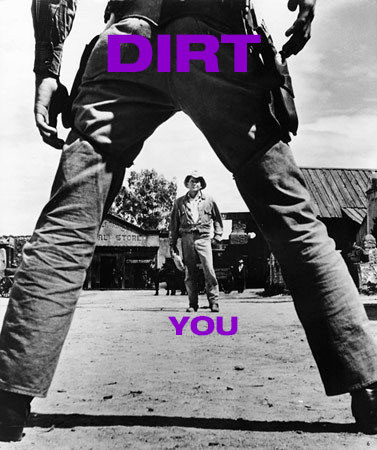 Everyone does it. In the cleaning profession, we call it "the dirt stand-off". You know... when you look at a surface and think to yourself, "Well, it's a little bit dirty, like one errant hair, but cleaning it can wait. After all, if I clean it right now, it'll be just the same tomorrow, So I'll wait another day..." Yup. So it's a stand-off. The famed Dirt Stand-Off we hear about every day. No losers, no winners. Just more dirt. Just more of the same Worcester MA Commercial Cleaning Services stories we hear from all of the places we go as we routinely put dirt in it's place.

Then it's tomorrow and the encounter continues, the tension grows. Again... you see that surface, and you remember thinking about it and considering it the day before, and now it's a teentsy-weentsy bit dirtier. A few more dust particles... maybe another small hair and an eyelash. So time to clean? Well, yes, but... you're busy and have plans, so it'll have to wait. That office bathroom cleaning Worcester will have to wait! The stand-off ratchets up a notch...

So it's now the following day. The dirt is getting mighty comfortable. It thinks you've lost interest. It thinks you've given up. You've "stood down" on the stand-off and you've let it win. Dirt is getting awfully brave and has appeared to have taken over the aforementioned surface. It's clearly a bona-fide "gross area". It needs attention. Dirt is starting to flaunt it's perceived victory and is growing. It's multiplying. You notice it one day later still and are absolutely aghast! That dirt has become an entity! So is it time? Is it time to call for the prominent Worcester MA Commercial Cleaning Services to take this "thing", this dirt disturbance out of commission?

Eventually, you do one of two things: You actually get used to seeing that dirty surface, and with each passing day you start to "stop seeing it". In other words, dirt has won. Now, dirt is "king" because it has you mesmerized into thinking it's the best darn anti-hero there ever was. It thinks you really do want it around. Stupid dirt, huh? Well, you really can't blame it. You've tolerated it and it's getting real comfortable. And by the way, do you think dirt takes a holiday? Do you think dirt ever even takes a nap, or even a 2-minute break? Nope. So you let dirt win in the stand-off, Or... YOU FIGHT BACK! You call in the company that neutralizes dirt. You call the Worcester MA Commercial Cleaning Services with the first-rate reputation for taking dirt out of the equation. Is it time to take the stand-off to the next level and decide between the idea of clean, and actual clean?

As you can see, as dirt-containment professionals, we are pretty much always dealing with cases of the insidious "dirt stand-off" as it were. We've seen it all before. People looking for Office cleaners in Auburn Mass know all about it, too. Once you realize you are being "duped by dirt" into just letting it hang around... once you've let down your guard, you have no choice but to really SNAP OUT OF IT and call off the dirt media, send the dirt patrol home, and tell dirt it's over and it has to come out with it's hands up and get cuffed, bagged and taken far, far away never to be seen or heard from ever again. So the final question is this: Can we do all of that to dirt? Are we the Worcester MA Commercial Cleaning Services that can get this job done? ARE WE THE TRUE DIRT STAND-OFF BREAKERS?? You bet we are! Call now: (508) 756-2021.

Call Worcester Cleaning today to schedule a cleaning or for a free estimate. Professional, affordable, and reliable cleaning awaits!

Call Worcester Cleaning today to schedule a cleaning or for a free estimate. Professional, affordable, and reliable cleaning awaits!